MARKET STATS:  February 2017 sales increased over February 2016, as did median sale prices. 47 properties were under contract–double the figure from last February. Sales are strong, buyers are in the market, and inventory is down. If you have been considering selling your property, the market is right and buyers are ready. Call me to discuss your property and your needs.

TUGBOATS, A BARGE, AND THE DREDGE TEXAS can be seen in and around Townsend’s Inlet as beach replenishment work has moved to Avalon’s north end beaches.  According to the latest project report over 135,000 cubic yards of sand have been pumped onto Avalon’s beaches beginning at 9th Street.  In Stone Harbor, where pumping has concluded, beach access paths are now being reconstructed.  A third component of the pumping project will add sand to Avalon’s southernmost beaches beginning at 77th Street, running toward Stone Harbor’s 83rd Street beach.

A DOLPHIN found itself stuck on the beach in North Wildwood earlier this week, after swimming too close to shore.  When it became apparent the dolphin was unable to free itself, personnel from the US Coast Guard and the Marine Mammal Stranding Center assisted the dolphin by providing medical attention and then moving it to deeper water. 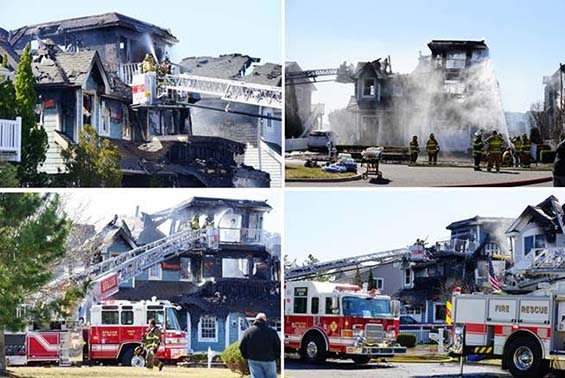 Last Friday an early morning fire destroyed two homes where Seagull Drive meets Pelican Drive.  Avalon fire fighters battled the blaze with help from Stone Harbor, Rio Grande, Marmora, Green Creek, Goshen, Cape May Court House, Ocean View, and Seaville fire companies.  The fire was brought under control at around 9am but crews remained on scene for several hours wetting down hot spots.  An occupant and her infant son escaped from the Seagull Drive home; the Pelican Drive home was unoccupied.  No one was injured.

Enjoy the stunning channel and sunset view from this beautiful move-in ready home. With a pool, third floor observation deck, and walking distance to town, this property is a winner.

This renovated bayfront is loaded with charm and views. Sold fully furnished, it makes you feel good just being inside. With a large master bedroom deck, detached two-car garage and room for a pool, it is priced right.

Have you been dreaming of being on the bay with your own boat slip, unobstructed sunset and wetlands views, yet be just 1.5 blocks to Avalon’s best beaches? If so, you need to look at this totally renovated, interior and exterior, 5 bedroom townhome with a garage, at Turtle Cove.

This one-of-a-kind 7 bedroom, 4,800 sq. ft. home with wrap-around decks, large pool and cabana, and ocean views, sits on a huge 100′ x 110′ lot. With the added plus of being located in one of the nicest sections of Stone Harbor, this home is a winner!

Have you been looking to build on a nice beach block with no poles and a wide beach? This 4th back lot on the south side of the street was just reduced and may be just the ticket!

A lifelong sailing enthusiast and Georgetown University graduate in business administration, Doug has an extensive international marketing and corporate software sales background. In addition, he was a past Homeowners Association President for 6 consecutive years. Doug is a member of the Yacht Club of Stone Harbor and a past Trustee of the Realty Owners Association of Stone Harbor. Read more about Doug including testimonials…